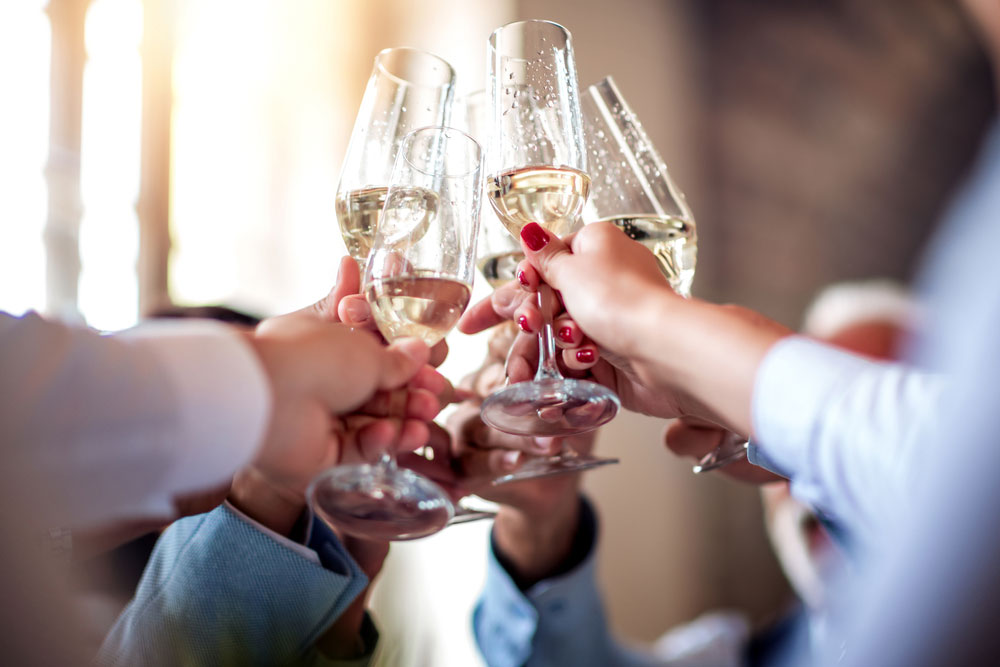 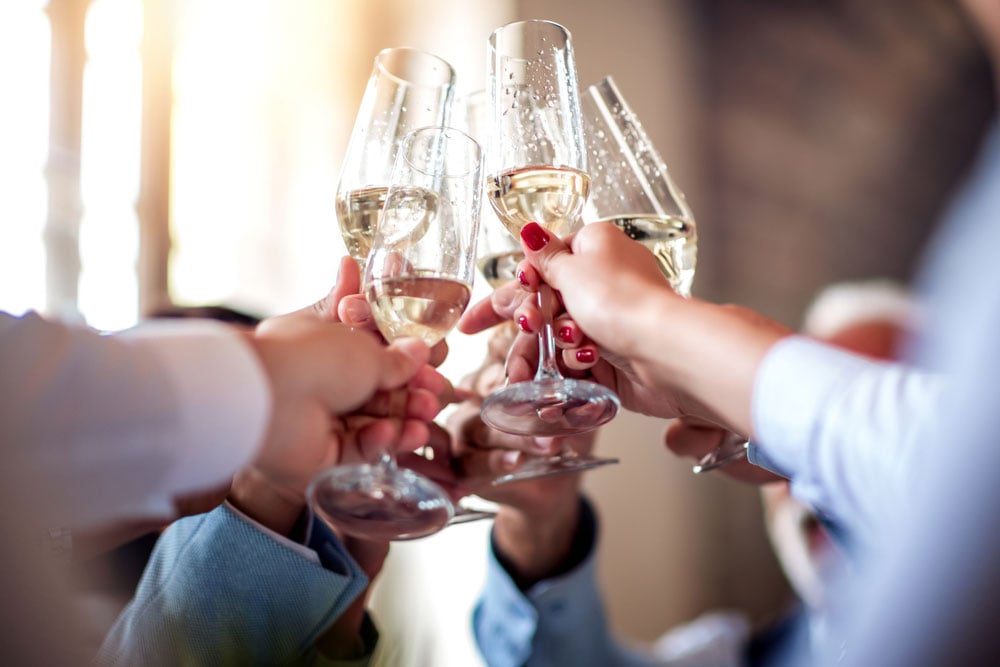 2022 was a really great year for Zimmer Communications. We probably don't say it often enough, but we have some incredibly talented people working here. They are passionately dedicated to bringing their A-game each day. They personify our company's core values of passion, continual improvement, fun, respect, leadership, openness, ownership, and humility. That last one, humility, is probably why you don't often hear about all the great things they do. And that's the exact reason why we like to take this time of year to celebrate their accomplishments. So without further adieu, get your glass of champagne ready as we salute a team of broadcasters and marketers who are, without a doubt, some of the best in the business.

Zimmer Communications is a Missouri-based network of 13 radio stations and 3 magazines, as well as an entire digital marketing team, an inbound and content marketing team, and a social media team. We employ a host of web developers and designers, graphic artists, writers, voice talent, videographers, photographers, and marketing geniuses. Each department is made up of talented marketing experts that work hard each year to be better than they were the year before. With that commitment to excellence, it's no surprise they are recognized on a state and national level for their accomplishments.

The 31st annual Radio Mercury Awards were held on Thursday night June 9th, 2022 at Sony Hall in New York. Zimmer Communication’s Brand Strategist Josh Ryan won…and he won big. Josh is the winner of the 2022 Radio Mercury Award - one of the top honors nationwide for the radio industry: Top Creative Radio Commercial by a Station or Group.

The Radio Mercury Awards recognizes and awards radio commercials and campaigns from creative teams across the country: advertising agencies, radio stations, production houses, and educational institutions. Nominees and winners are the creme-de-la-creme in harnessing the power of audio storytelling. The 2022 National Association of Broadcasters hosts their annual Marconi Awards Awards in New York each year on what is known as radio's biggest night. These awards represent the highest honors in radio, and Zimmer Communications was well-represented. 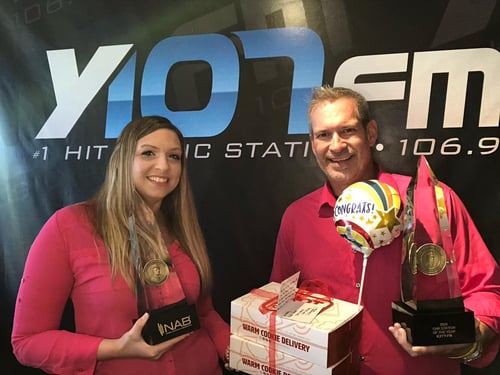 The National Association of Broadcasters presents the Service to America Award each year. This recognition honors excellence in community service philanthropy and the impact made by local radio and television stations across the country. All stations in every market and broadcast ownership group are encouraged to apply.

The Academy of Country Music Awards, also known as the ACM Awards, honors accomplishments in the world of country music during the previous year. Held in Las Vegas in the spring of each year, the ACM presents awards to recording artists, musicians, industries, and radio stations that have done exceptional work connecting country music fans, artists, and the industry.

The annual Country Music Association (CMA) Awards are one of country music's finest celebrations. In a star-studded gala in Nashville each Fall, the CMA Awards are presented to country music artists and broadcasters to recognize outstanding achievements in the country music industry. 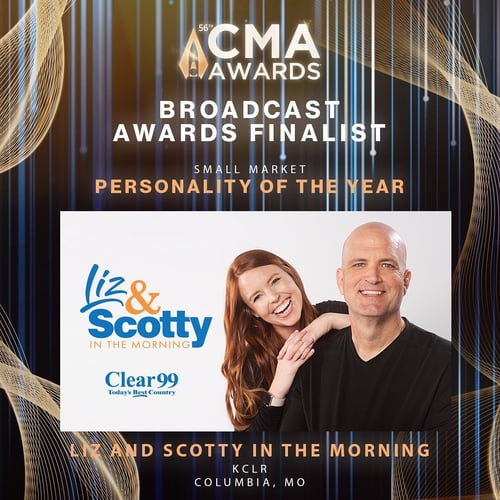 The MBA awards recognize Missouri broadcasters in both radio and television for excellence in all different aspects of production: sports, news, commercial production, radio shows, and more. Midst such a large pool of incredible talent, the competition is fierce. To even be nominated is a great honor.  Zimmer Communications took home 18 awards and recognitions at the annual convention at Lake Ozarks. 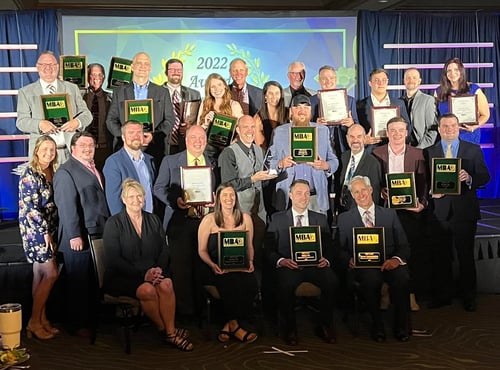 Zimmer Communications is a local company that understands and appreciates the value of supporting the community in which we live. We are involved in many activities and charity work throughout the year, both company-wide and individual stations, and even down to the unique station personalities.

Three of our biggest company-wide campaigns had record-breaking years in terms of money raised, individual and community support, and in the case of the Food Bank of Central Missouri...pounds of food collected.  Here are the stats from this year's efforts: 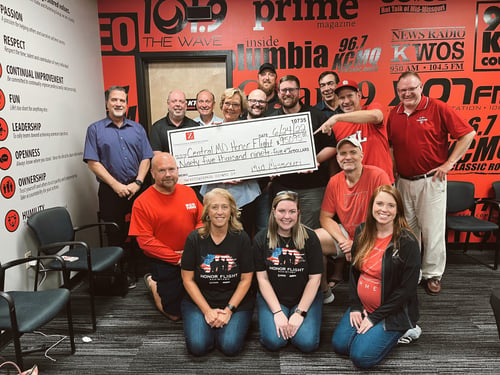 Sometimes, the individual radio stations and the DJs themselves feel a connection to a particular local cause and use their influence in the market to do what they can in support of that agency. This can include everything from announcing information on-air to being the emcee of an event or hosting their own fundraiser. Having a local DJ celebrity back events or causes is part of responsible broadcasting, and this is especially true with Zimmer. While listing all our community involvement is next to impossible, there were definitely a few highlights to share. 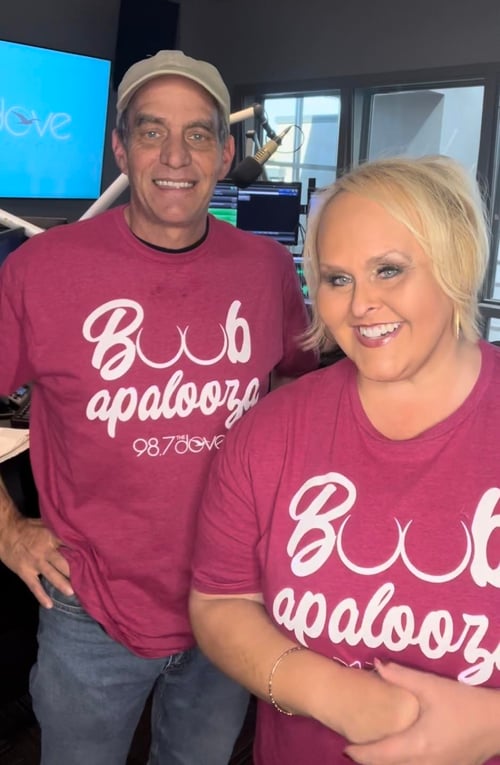 It's true that, because we interface with so many different people and events in the community, sometimes we get to do some really cool stuff. 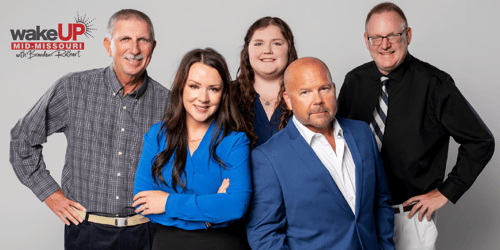 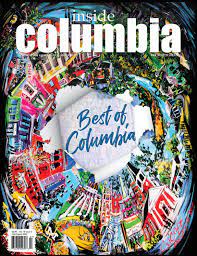 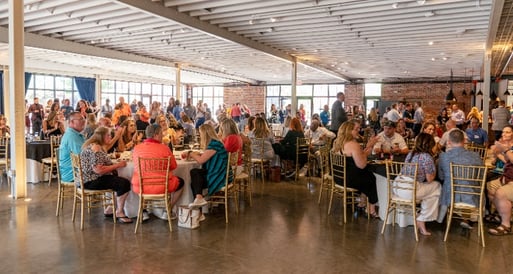 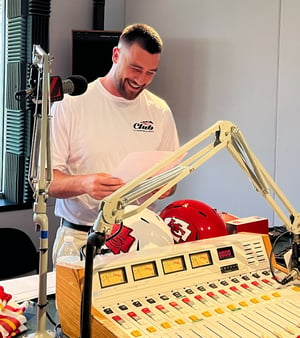 Sometimes we get called upon to do some crazy things and/or work with some really amazing people.

We would be remiss if we didn't mention one completely unforgettable moment this year. Zimmer Communications was called upon to work on a new Club Carwash campaign with none other than the famous Kansas City Chief's tight end, Travis Kelce! The afternoon involved some recording studio time, a photo shoot and, of course, some signed Kansas City Chiefs swag. Travis was great to work with, a true professional, and made the experience fun for all involved.

Whew! We could share more and there are probably a few things we're unintentionally leaving out. Suffice it to say that 2022 was a busy, productive, successful, and fun year for Zimmer Communications.

Thank YOU our readers, listeners, fans, and supporters. With your help, we made a difference this year.

Behind the Scenes: Zimmer's Story

“Know where you came from. If you know [that], there are absolutely no limitations to where you...
Read More

2021 has proven to be a year of celebrating for our team here at Zimmer Communications, and we...
Read More