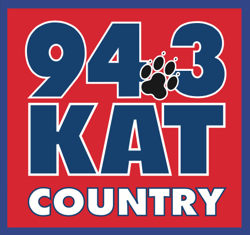 Erin Hart is living her dream, hosting the KAT Country Morning show every weekday morning! She is a proud Callaway County native, having been raised in Holts Summit, MO, and is a graduate of Jefferson City High School. Erin has been the voice of Mornings on 94.3 KAT Country since July of 2008 and has hosted afternoons on 101.3 Real Country in Springfield since November 2020. Having been awarded one Missouri Broadcasters Award, many MBA nominations, an ACM nomination for Morning Show and Station of the Year, Erin is a well-established and recognized personality and local influencer in the mid-Missouri area. She has also won Jefferson City Magazine's award for Best Radio Personality for 2020 and 2021, and is a Jefferson City Chamber of Commerce Exceptional Employee 2020 finalist.

When Erin is not on the air, she loves to curl up with a good book, which ties in with the fact that was awarded the 2021 Missouri River Regional Library Ambassador of the Year! She also is a total movie junkie, loves to travel, and spends time outdoors with her husband and dog, Gemma. Hear some of Erin's endorsements here: Chris Blood has been on the radio since high school and has never looked back. Now with Zimmer Communications as co-host of the morning show on KAT Country with Erin Hart, Chris loves radio! He understands the powerful dynamics of radio in its ability to offer rapid content and a strong local connection. That trust and connection with listeners are what makes Chris so passionate about what he does.

Born in Los Angeles, but raised in Dallas-Ft. Worth, Chris has lived in a lot of places, including several years in Madrid, Spain. He’s seen the world and loves sharing stories about his experiences with listeners. A great storyteller, Chris is gifted at his light-hearted, fun approach to connecting with his audience and making them laugh - starting their day off on the right foot.

Chris says that radio IS his hobby…easy to say when you are passionate about what you do. He also has a genuine interest in helping local businesses succeed. Having been in broadcasting since the late 1980s, his experience helping ad campaigns succeed – from local to national and even worldwide - has given him a strong sense of what makes marketing successful. Chris is a genuine guy with a positive and fun outlook plus the breadth of experience that together makes him a perfect influencer for any business. Tim recently moved to the Mid-Missouri area from Illinois, where he grew up, with his fiancée and their dog Tiani. He has been working in the radio business for over 20 years and started with Zimmer in January 2021. During his time in central Illinois, he was recognized twice by the Illinois Broadcasters Association as Personality of the Year. He was also awarded Best Radio Station Community Service by the Illinois Broadcasters Association for his local fundraising efforts.

Outside of hosting middays on KAT Country, Tim has many hobbies and interests, like playing guitar, exploring local parks and restaurants, relaxing with video games, and spending quality time with his fiance and their dog. He's also a recovering comic book nerd, and can and will talk your ear off for HOURS about Marvel movies. Some of his favorite country artists include Brothers Osbourne, Thomas Rhett, and Maren Morris.


Jordan was born and raised right here in mid-Missouri, in Boonville, MO to be specific. He has been with the team at KAT Country for about 5 years now, and has been with Zimmer in total for about 8 years. Jordan fell in love with audio production when he was working towards his degree in Communications from Central Methodist University.  Jordan has an established background in radio, earning a Marconi Award through the National Association of Broadcasters, was nominated for an ACM award, and was awarded Best Air Talent in 2021 by the Missouri Broadcaster's Association.

Jordan is a huge fan of local breweries and enjoys dining out and trying new restaurants with his wife. He is a huge tech guy and is into new phones, TVs, and car tech. Gaming is also one of his favorite pastimes. Working in the radio industry has given him a love and appreciation for all genres of music and artists. Here is one of Jordan's endorsements:

Interested in learning more about working with one of our KAT Country Social Influencers?