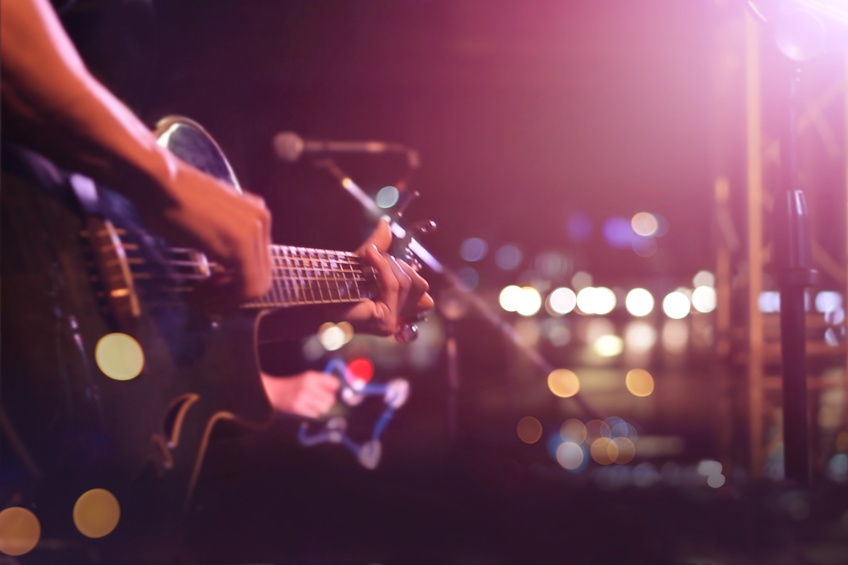 If businesses are going to invest their hard-earned dollars into advertising, they want to know they’re reaching as many of the right people as possible. That’s especially true for radio advertising, where you’ve got a variety of stations and formats to choose from. But one genre has held steady throughout the years, and still reaches people of all demographics both young and old — that’s classic rock.

Three plus decades since bands like Journey, Led Zepplin and Credence Clearwater Revival first hit the airwaves, the classic format is still popular and even gaining ground with younger listeners and females. Mid-Missouri’s own KCMQ 96.7 FM is a perfect example of a classic rock station that’s still thriving in today’s era.

1. They have disposable income

A recent Eventbrite’s survey indicates that high-income people (greater than $90,000 per year) generally prefer rock concerts. Classic rock concerts are more popular among this demographic than blues, jazz, classical or opera. Other data also supports the fact that classic rock is popular amongst a more affluent crowd. A 2015 study by the Canadian Review of Sociology found that classic rock is now thought to be “highbrow”, and preferred by those with incomes over $40,000. While classic rock fans might not have been wealthy in the 60s and 70s, they’re all grown up now and have professional careers. And they’re still in love with artists like Bob Dylan, Journey, KISS and other classic rock legends.

Classic rock isn’t only popular amongst the older crowd and baby boomers. It’s actually a family-oriented genre that appeals to parents of all age ranges who control the radio dials in their households. According to Psychology Today, the increase in families listening to classic rock is due to several key factors. The classic rock era has now become one of those “enshrined generations” of music. Just like Frank Sinatra immortalized the 50s, the Beatles, Grateful Dead and Rolling Stones have done the same for the classic rock era. Even younger parents perceive that classic rock artists had more talent than artists in today’s music. They’re happy to share classic rock with their kids, and teach them about music. Advertisers shouldn't shy away from “family friendly” stations, because they have a good chance at reaching a multigenerational cohort of listeners.

3. They’re both men and women

Classic rock is still a powerful format, as long as you find a station that has more of a mass appeal. At the core of a great mass appeal classic rock station is playing songs that both male and female classic rock fans enjoy. What’s happened is that certain stations have laid claim to the “poppier” side of classic rock that appeals to women, while others have drifted towards the harder side of rock that appeals mainly to men. But with the recent advent of the “Adult Hits” format, advertisers can now access an audience with a nearly even male to female listener split. Adult Hits stations have demonstrated the value of adding “women who rock” to the traditional classic rock mix, which has attracted listeners of both genders. That being said, there are still successful Classic Rock stations that have researched both genders and play an appropriate mix, and have been doing so even before PPM demographic measurements were in place. Zimmer can help you find one of these in the Mid-Missouri region.

While it might seem counterintuitive, classic rock listeners are getting younger. In 2014, Nielsen actually ranked classic rock as the ninth most listened to format by millennials. Technology is playing a big part in bridging this generational gap. Younger listeners can now explore their musical roots through streaming audio, online radio, iTunes, and movie soundtracks. YouTube is also a popular place for younger people to cover classic rock songs, and post their own versions online to share on social media. And with the Millennial generation coming of age, there’s more young listeners than ever discovering the classic rock genre. Some stations are now even mixing newer bands like Nirvana and Pearl Jam with the classic rock “Mt. Rushmore” acts like the Beatles and Stones, to cater to these younger listeners.

The classic rock era was one that set the bar musically in terms of talent level and experimentation. As Bob Dylan once wrote “Times they are ‘a changin,” but even in the face of changing generations and demographics it looks like classic rock is here to stay.

The Story Behind the Radio Advertisements: Focus on Health Chiropractic

The Story Behind the Radio Advertisements: ServiceMaster of Columbia

The Story Behind the Radio Advertisements: Como Smoke and Fire