Go ahead and turn that dial up - because August 20th celebrates the great- the trusted - the important innovation of...you guessed it...radio! The history of radio dates way back to the late 1800s. And since its beginnings, radio has remained a trusted American classic in the world of media and communications.

And radio stands strong to this day, reaching more Americans each week than any other platform, including television and smartphone devices. But, why celebrate radio on this day specifically? Because August 20th marks the anniversary of the first news radio station, 8MK radio in Detroit, Michigan. On this day in 1920, 8MK was licensed by the FCC and went on the air for the first time on the second floor of the Detroit News building.

Celebrating National Radio Day is easy! Our suggestion? Simply tune into your favorite local radio station! Or shout out your favorite station on social media with the hashtag #NationalRadioDay to show your appreciation and support for those working in the radio industry.  At Zimmer Communications, we know and believe strongly in the power of radio. We have also been fortunate to be around long enough to see it evolve and grow stronger and stronger throughout the decades. That’s why our team wanted to share their stories of what it is like to work in the radio industry, and the changes they’ve seen since they first started:

Radio Through The Ages

There is no doubt that radio has evolved technologically in recent times as the media world has gone more and more digital. But the truth is, radio has been gradually growing and advancing since the beginning of the 20th century. Radio served a particularly important role in serving the US during both World Wars. During World War I, the US Military used it almost exclusively and it became an invaluable tool in sending and receiving messages to US armed forces in real-time. And during World War II, with the help of journalists, radio relayed news of the war to the public. During this period, radio helped serve as a rallying source and was used by the government to help gain public support for the war.

Radio’s significant beginnings didn’t slow down after the World War II, leading into the 21st century, and up to present day. Stations of all kinds and emerged and made their way into cars, homes and workplaces, serving as a unifying medium, delivering everything from music, to sports, to news entertainment. And during the 1930’s through the 40’s, stations were starting to generate enough revenue to really push forth advertisements for thousands of businesses, leading to radio greatly helping market local businesses for decades to come.

The continual growth of radio is largely due to the fact that it is a uniquely personal medium, being that it is rooted in the human voice. Not only is it a very personal medium, but it is a convenient one. Radio is available more readily than any other media medium. Listeners from all locations and demographics can tune in and be put at ease with comforting music or dialogue. Or it can serve as a trusted resource to alert listeners of information regarding politics and breaking news.

So, we take a moment to salute not just the power of radio, but the people behind the microphone who give their time and talents to make us smile and laugh, keep us informed, celebrate local business, support local charities and events, and protect us during times of tragedy. Our team would love to help you and your business harness the power of radio by partnering with Zimmer. Find out how our team can help by giving us a call today! We’d love to show you that radio really does work! 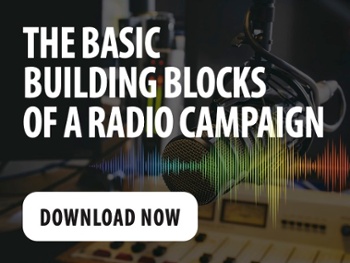 Tags: Zimmer Communications, why radio
Back to Blog

3 Reasons You Should Join the Zimmer Communications Team!

It’s that time of year again: as 2020 draws to a close, we begin reflecting on the last twelve...
Read More

What began as a small group of radio stations 65+ years ago has grown into a team that’s as unique...
Read More