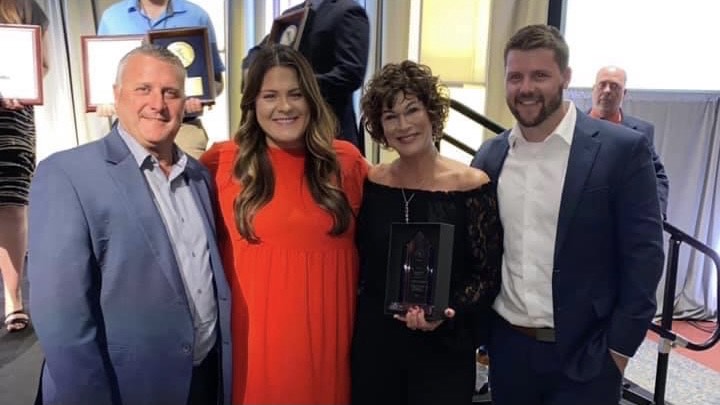 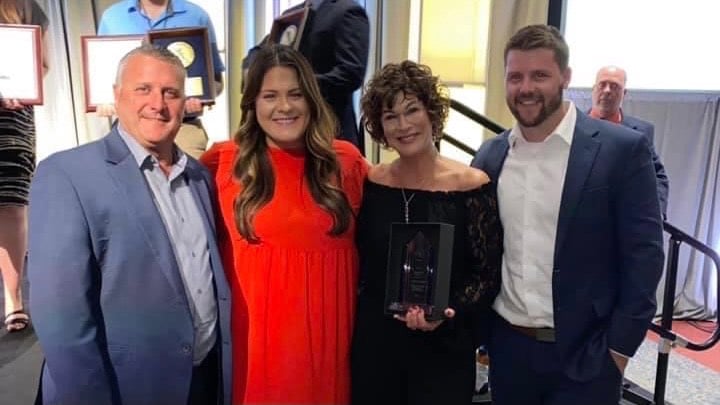 Zimmer Communication’s Carla Leible made history on Saturday, August 7th, 2021, at the Hilton of Branson Convention Center in Branson, MO where she was awarded Distinguished Broadcaster by the Missouri Broadcasters Association during their annual convention, and is the first woman to receive the award in Missouri. 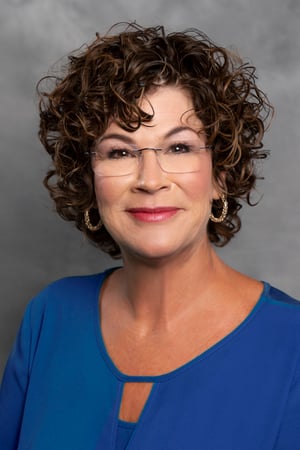 Leible is the general manager for Zimmer Communications and ensures the daily operation of 13 radio stations, three niche magazines, an inbound marketing company, and a digital advertising brand. She also directs fuze32, a full-service advertising agency founded in 2019.

She started her radio career in Cape Girardeau, Missouri, quickly rising from account executive to sales manager to general manager of Zimmer Radio Group. As general manager, she oversees all departments, including sales, programming, business and administrative, creative services, and engineering. She's a firm believer in leading by example and is passionate about her employees and living out the core values of Zimmer Communications. In adhering to those core values, Carla sets aside time to give back to the community through volunteer work. Since 2006, Zimmer Radio has hosted a radiothon for the MU Children's Hospital and has raised more than $3 million dollars. As the founder of this initiative, she enables thousand of caring listeners and corporate partners to support pediatric patients living in the mid-Missouri area.

Carla has been on the board of the Missouri Broadcasters Association for eight years, serving as chairman in 2018. She's also passionate about her membership on the Women's and Children's Hospital Advisory Board, which she has served on since 2009, along with serving on several other local boards and committees.

Tags: Zimmer Communications
Back to Blog

“Love is not patronizing and charity isn't about pity, it is about love. Charity and love are the...
Read More

2022 was a really great year for Zimmer Communications. We probably don't say it often enough, but...
Read More