Here's your lineup of talented and award-winning local social influencers on KWTO News/Talk. 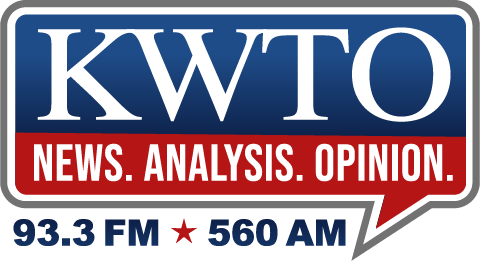 Former Speaker Tim Jones served in the Missouri House from 2007 to 2015. Tim then entered the private sector where he helped lead St. Louis based public policy media company, First Rule, as their Chief Communications Officer from 2015 to 2020. The fiscally minded Missouri Club for Growth chose Tim to be Chairman of their Board of Directors in 2015 and The Hammond Institute at Lindenwood University, a free-market think tank, made Tim a Senior Policy Fellow that same year. The Grover Norquist lead Americans for Tax Reform designated Tim as their Senior Fellow for External Affairs in October of 2020. During that same month, Tim founded Elevation Strategies, LLC, a strategic consulting and communications company dedicated to helping movement conservatives take their missions in public policy, coalition building, and institutional advancement to the next level.

He has become a significant media presence as a host, political analyst, and commentator in the television, radio, and digital online media worlds. Tim began his career as a prosecuting attorney before transitioning to private practice, simultaneously serving as President of the Board of Aldermen for the City of Eureka and then in the Missouri General Assembly, before launching his current career in communications, media, and issue advocacy.

Tim is married to the accomplished (and ever-patient!), Suzanne, and they have been blessed with two brilliant and energetic daughters, Katie and Abby. Gary Nolan is a well-known voice and personality in the radio industry, having worked in radio for going on 30 years. Being a radio veteran, he has spent 15 years of his established career with Zimmer Communications. When hosting the Gary Nolan show, it is his goal to reach millions of listeners with a message of individual liberty and personal responsibility.

He is well-recognized but doesn't like to keep track of his awards, and rather cares about winning ratings and connecting with his audience. Gary feels right at home when hosting The Gary Nolan Show every weekday on KWOS. It is the perfect job for him because he is able to interact with listeners, have fun, and get paid all at the same time! He loves being able to be a part of the Mid-Missouri community, and loves the generosity of the people, the great food, and the convenience of low traffic! When he is not on the air, he enjoys eclectic and vintage cars, shooting pool, and getting a bunch of smart people in one room, and listening to the conversation.

Interested in learning more about working with one of our KWTO News/Talk Social Influencers?